The Blessed Principality of North Icaria, most commonly known as either North Icaria or just Icaria, is a Serrian Principality located on the northern half of the Icarian Peninsula in Cancodia, and has borders with the Mauralin Gulf, and the Meridan and Etanamic oceans. Icaria is a federal constitutional monarchy with twelve states and one capital territory as well as maritime borders with Kerthenia and Serria, which it also shares its monarch with. Icaria became a Principality in 1846, when the twelve colonies and vassals of Serria on the Icarian peninsula federated, forming the Blessed Principality of North Icaria.

North Icaria has a long history of empires, kingdoms and city states stretching back to the copper age and has been unified four times in its history, under the First Icarian Empire, the Second Icarian Empire, the Karan Empire, and most recently, under the Serrian Empire, which it is still a part of to this day. Pre Colonial Icaria was a diverse place with many kingdoms and cultures calling the peninsula their home, many of which are still around in the present day. The largest ethnic groups of pre colonial Icaria were the Ithakans and (Korean based ethnicity), with a small minority of Ikoryogai and (unspecified mesoamerican based culture).

Icaria is a member of the Mauralin Renewable Energy and Powerlink Project, the Mauralin Canal Management Authority, the League of Serrian States, the Organization on the Protection of Indigenous Peoples, the International Economic Relations Organization, the Global Economic Association, the Serrian Economic Cooperation Treaty, and the Lirezone.

Serrian colonialism in Icaria began in 1654, when Serria, desiring a trading city in the Mauralin Gulf region, invaded Free Cities of Paros and Aigaleo, which were major trade cities in the region. Despite having a relatively powerful navy for their size, they were no match for the Serrian navy and their more advanced firearms technologies, and would quickly fall in 1655. Shortly after conquering the Paros Archipelago, the Serrians would conquer the Kingdom of Agios in 1658, after a breakdown of relations between Agios and Serria.

The next phase of Serrian colonialism in Icaria began in 1747, with the Serrian conquest and vassalisation of the Kingdom of Aegina located on the northernmost tip of Icaria. Serrian colonisation in Icaria during this time period would follow a pattern of either accepting vassalisation and subservience to the Serrian monarchy, or being conquered and having the precolonial political systems erased, in favour of Serrian based institutions. The final precolonial holdout in North Icaria would be the Free City of Imeros, which would be conquered in 1763, Leaving the entire northern part of the peninsula under Serrian control.

In 1846, after a large movement for more local autonomy and greater representation that began in 1823, the colonies and vassals of Serrian Icaria were reorganised into a federation and principality. The capital of the new principality in northern Icaria would be the Serrian founded city of Evdilos, thanks to its central location and relative lack of power compared to other regions in the country. Agios and Paros were also given the option of joining but declined in favour of remaining a part of Serria proper. 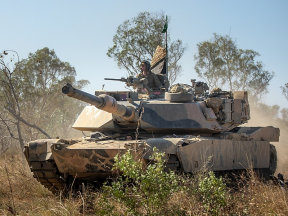 The Icarian Defence Force(IDF) is a well funded and advanced military with approximately 75,000 members. The IDF is heavily integrated with the Serrian Defense Force(SDF), and conducts many joint operations with them, such as operating some of its fighters on Serrian Navy carriers. The Icarian government also directly funds the SDF, spending 1.65%($25.2 billion) of its GDP on the SDF, and 2%($30.6 billion) on the IDF, for a total of 3.65%($55.8 billion) of the GDP being spent on the military.

The Mauralin Canal is a canal built in the middle of the Icarian peninsula by Serria and the newly formed principality of Icaria in 1848, to facilitate the rapid transport of cargo and military vessels from the Mauralin Gulf and the Etanamic ocean, while bypassing the Ithakan Strait. The canal is managed by the Mauralin Canal Management Authority which is jointly funded by both the Serrian and Icarian governments, and is heavily subsidised to ensure that it is still profitable for shipping companies to use, despite the relatively small amount of time saved by using the canal.

The Mauralin Renewable Energy and Powerlink Project is a large scale renewable energy project between Icaria and Serria. The project aims to link the energy grids of Agios, Paros and Icaria, while also expanding the renewable energy sectors in all three regions.

The official state religion of Icaria is Catholicism and as with Serria all schools teach the religion. Icaria is 72% Catholic with a minority of other religions and the nonreligious. Catholicism is the only religion in Icaria to be granted tax exempt status, with all other religions being required to pay taxes. This law was originally made in 1848, to discourage other religions from gaining a foothold in Icaria without actually banning them. A side effect of this law is that the nonreligious are the second largest group in Icaria, due to the fact that other religious denominations have a harder time keeping their places of worship open.